35 Year Old Mother of Four Kellie Cottam is Facing a 2 Year Commital To Prison at the Royal Courts of Justice, London 10am Monday 28th October 2013 for Exposing the Unlawful Abduction and Forced Adoption of her Two Youngest Children Now 4 and 3... 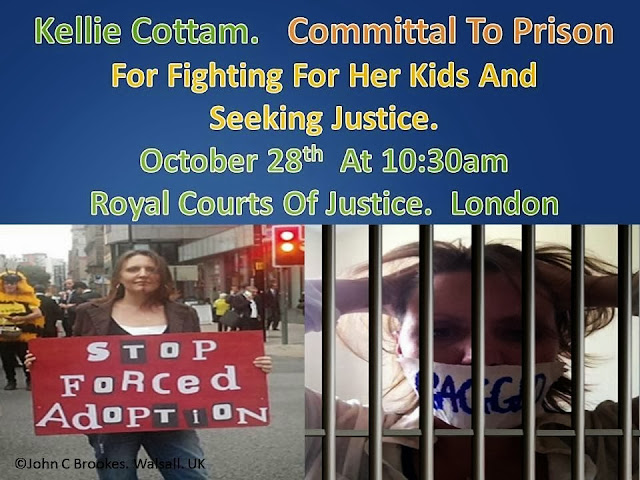 After being on/off supported by Lancashire Social Services since 2003 as Kellie was at University and a single mother and has a diagnoses of Ehlers Danlos Syndrome and now Aspergers Kellie then moved  in October 2012 to Flintshire where they failed to transfer the family and refused to conduct a core assessment for the family’s independent needs and for when Kellie needed to go into hospital for emergancies. On the 13th December 2012 after refusing to except the families condition which she talks more of in the videos below they abducted her two younger children for forced adoption. For six months the family have been abused by social services, the legal system and the courts, with the children now being moved between foster homes as well as many levels of abuse to her children.
Kellie has not seen her children since May 2013, after her daughter cried begging her to just take her. She is a Mother standing up to this injustice; just like she did in October 2010 when she said the system was fragmented and was trapping people within it. She managed to get off benefits, went into self employment and was then penalised by social services for being a working Mum.
As Kellie has not I fact done anything wrong who by the way they had arrested and was released with no charges and a further police complaint for the removal was up held, they then used her own past as a sexual abuse case, being in foster care and struggling with events from her past, she is now 35 but the paper work is from 15, 17, and 19 Kellie who went on to study councilling, psychology, personal development, religion and spirital practises who embraces the adversary in her life and choose to grow from it, she was labled a narssist for being educated by the likes of Anthony Robbins, Richard Branson, Alan Sugar, and many more including those from the secret Millionair, and they called her bounderline because they could not understand how she had no issues with the complexity of her childhood, Kellie says its what makes me a better person today to help others.

She now faces prison for exposing the Truth and Standing for Justice; not just for her family, but for but anyone else who has had their children WRONGFULLY taken on forced adoption.

Will you support Kellie?

They Have Got My Kids. Social Services Have Got My Kids and Kellie want her kids Home For Christmas. They refuse to go through another year living like this. Kellie wants her kids back and the case closed by 13th December 2013, or has she has claimed she will just go and get them.

She’s raising families to make a stand against the Government, but this isn't just a problem in the UK, it’s a GLOBAL issue. No parent should face jail for protecting their children from such an injustice.

ABOLISH FORCED ADOPTION AND BRING OUR KIDS BACK HOME

Please Join Kellie on 28th October 2013 @ 10am at the Royal Courts of Justice, London, England.

Kellie has produced 6 videos from where she was in 2010 to her commital and what she will be doing if this system force her to go a further year living this way, she says if they make me go past the 13th December 2013 without my kids I will just go and get them, I MEAN IT............. 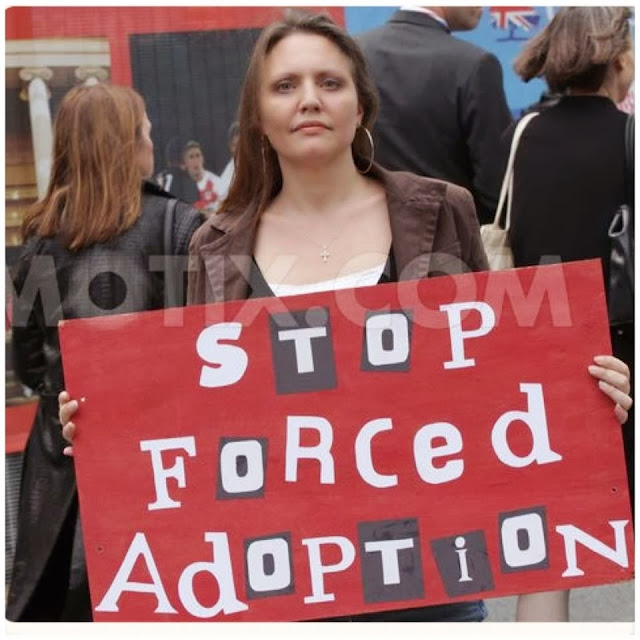 Posted by Tetractys Merkaba at 11:39 PM