By Staff Writers News Corp Australia network 01 October 2013
Court hears man created fake 60km/h speed limit sign to avoid fine.
A man created a fake 60km/h speed limit sign and then photographed it to use as evidence in court to avoid a speeding fine, a court has heard.
Robert Bruce Jacobs, 56, of Eden Hills, has pleaded not guilty to one count of fabricating evidence at Panorama in South Australia. He faces up to seven years' jail if found guilty.
Opening Jacobs' District Court trial, prosecutor Emma Roper said Jacobs had been pulled over by police for speeding in a 50km/h zone on Boothby St, about 4.45pm on May 18, 2009.
Ms Roper said Jacobs disputed his expiation notice, claiming it was a 60km/h zone, and took the matter to the Adelaide Magistrates Court in April 2010. She said Jacobs produced a series of photos during his trial showing a 60km/h speed limit sign on Boothby St.
"The 60km/h sign was not in fact on Boothby St at the time," she said. "The accused arranged for that 60km/h sign to be put over a bus sign at a later date." Ms Roper said Jacobs had returned to Boothby St to take photographs of the fake 60km/h sign in order to influence the outcome of his Magistrates Court trial.
She said the magistrate dismissed Jacobs' speeding charge after his photos had been tendered in court. Ms Roper told jurors police later seized Jacobs' computer and a USB device and found digital copies of the photographs, showing the fake 60km/h sign, that had been taken on February 22, 2010.
She said a Mitcham Council staff member would give evidence in the trial that the council had never erected a 60km/h speed limit sign on Boothby St. In his opening, Jacobs - who was self-represented - said he wouldn't have gone to the trouble of creating a fake sign to avoid a fine.
"I have no reason to manufacture a sign. I had no reason to get out of the (Magistrates) court hearing," he said. "I never intended to alter the outcome of the court other than hoping for a lesser fine on the day."
Giving evidence, Constable Iain Farquharson said he had never seen speed limit signs on Boothby St since he began conducting laser duties there. Const Farquharson said the only sign indicating the speed limit was a "big yellow sign" with "Remember 50km/h" on nearby Eliza Pl.
Motorist Jodie Bishop, who was also pulled over for speeding on the same day as Jacobs, gave evidence that she could not recall seeing a 60km/h speed limit sign on Boothby St. Jacobs faces a maximum seven years in prison if found guilty. The trial, before Judge Julie McIntyre and a jury, continues. 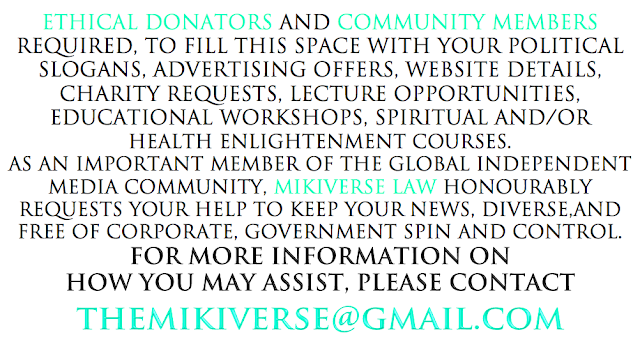 Posted by Tetractys Merkaba at 4:53 PM