Malcolm McClure, 41, has been found guilty of engaging in legal practice without being qualified to do. Picture: Ellen Smith

TYRE king Bob Jane begged his friend - described by a Federal Court judge as an "incompetent, ignorant charlatan" - to assist him in a court battle despite the fact he was not a lawyer, a court has heard. Businessman Bob Jane was represented by his friend Malcolm McClure in his legal battle against his son Rodney Jane.

Malcolm McClure, 41, was today found guilty of engaging in legal practice without being qualified to do so and fined $10,000.

The self-represented McClure said Mr Jane knew he was not a lawyer, but appealed to his "good Samaritan duty", despite McClure's reluctance to become involved in the case in late 2011.

"He said, 'Malcolm, you've got to help me’," McClure told Melbourne Magistrates' Court.

McClure said he became a director of Mr Jane's company because he believed it entitled him to do certain acts on behalf of Mr Jane.

Magistrate Ann Collins said the substantial involvement of McClure, who legally advised and drafted legal documents and correspondence for Mr Jane, in a Federal Court action against Mr Jane's son, had huge consequences for the well-known businessmen.

She said McClure's advice that Mr Jane did not need to turn up to a court hearing lost him the right to trade in his own name and caused tens of thousands of dollars in extra costs.

The magistrate found that he engaged in legal practice, but said she could not find beyond reasonable doubt that two $3000 donations to the church he is associated with made by Mr Jane around the time of the court case were payments received by McClure for his services.

McClure said he was not aware of the existence of the offence he was charged with and was doing his best to comply with the laws he was aware of.

"It is not our intention to flagrantly disregard laws," he said. He said he was done acting so selflessly in helping others.

"Every time I help the community, I'm the one that is to blame," McClure said. He indicated he would likely appeal the decision of the magistrate, who allowed into evidence an affidavit made by McClure that he claims was made under duress and did not allow him to admit further evidence today after submissions had finished.

Prosecutor Shaun Ginsbourg said McClure, who was part of a "freedom movement" that assisted people in the community in representing themselves, had an alleged testimonial on his website that said he had been "proclaimed a genius by many".

Ms Collins said she accepted McClure's assurances that he would not repeat this conduct and had removed all material on the internet offering assistance to the community that was within his control.

She said the law was not "harsh", as McClure described it, but necessary to protect the community from unqualified and uninsured bogus lawyers who did not owe a duty to their clients or the court.

McClaure said he was "a pauper" and earned only $12,000 a year from his church, but was glad that his prosecution would be an educational lesson to others.

The magistrate convicted him and gave him six months to pay his $10,000 fine, noting that deterring others from similar conduct was of utmost importance.

A decision on costs was deferred to a later date. 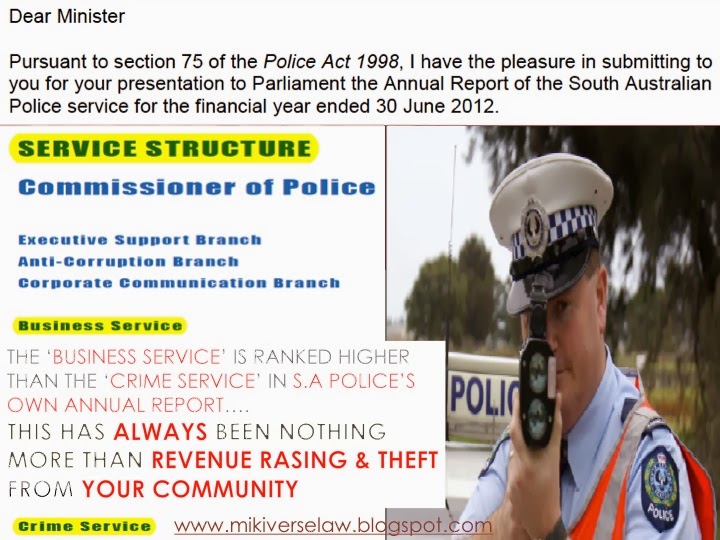 Posted by Tetractys Merkaba at 9:49 PM