CHIEF JUSTICE PAUL DE JERSEY TO BE QUEENSLAND'S NEXT GOVERNOR

Justice de Jersey will take over the position in late July, replacing former diplomat Penelope Wensley, who has served as Governor since 2008.

Mr Newman says Justice de Jersey has served Queensland on the bench, the Army Reserve, and through community groups and charities.

"His extensive experience and service to the people of Queensland makes him not just qualified, but the perfect fit, absolutely the perfect fit, for this critically important role," he said.

Justice de Jersey says he is honoured by the appointment.

"It will be quite a different role in fact from the one I've discharged over the last 16 years as Chief Justice and the last 29 years as a judge of the Supreme Court," he said.

"But it is one which I embrace in a spirit of humility and of course in a sense of service."

Mr Newman says he will take time to appoint a new chief justice, in line with a promise to be more consultative.

"We will be consulting with senior members of the legal profession in Queensland," he said.
"Obviously I will also be asking His Honour for his opinion and we'll make an announcement when we've undertaken that process.

Opposition Leader Annastacia Palaszczuk has endorsed Justice de Jersey's appointment.
Ms Palaszczuk says he is the right person for the job.
"This is a fine appointment. This is great news for Queensland," she said.

"The Chief Justice has a very distinguished career, not just on the bench of the Supreme Court, but also he's been involved in a number of community organisations right across Queensland."

Justice de Jersey and his wife Kaye, who married in 1971, have two daughters and one son - Carolyn, Alison and David - as well as three grandchildren.
http://www.abc.net.au/news/2014-02-26/chief-justice-paul-de-jersey-to-be-qlds-next-governor/5285170 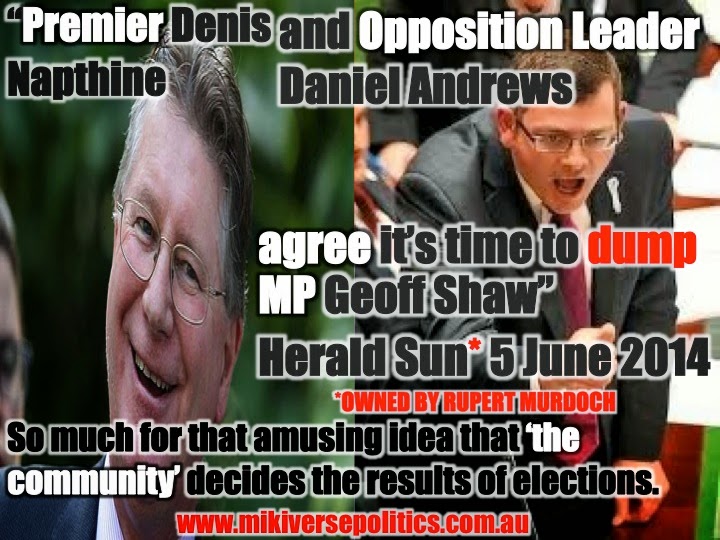 Posted by Tetractys Merkaba at 2:14 AM