Public Notice: Whatever actions the Trustees of the One People’s Public Trust have taken, does not represent me nor my family. We had no awareness of this effort and gave no approval nor authorization for these people to represent us.
Editor, AntiCorruption Society 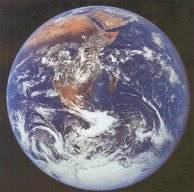 One People’s Public Trust (OPPT) has recently been presented to a relatively small – but well informed – group as the “perfected superior trust”.  All those involved (as participants and as observers) are concerned with the growing effort by the Global Elite Scum of the Earth to create a one world government (OWG), with themselves in charge, of course. Lots of good people are hopeful that this trust would put a stop to this rapidly advancing fascist one world government plan.
Here is the Press Release regarding the One People’s Public Trust
On 2-15-13 one of the OPPT trustees, Heather Ann Tucci-Jarraf explained this recently established trust that supposedly encompasses the entire planet, including all life and all land, to Max Igan in a roundtable discussion. This discussion was recorded and shared with many (thousands?) people.
This recording is just a little over an hour and can be heard here: roundtable discussion
The following are direct quotes of Heather Tucci during this interview:
“UCC [Uniform Commercial Code] is involved with every aspect of life.”
Heather (38:19) “In fact all of the Land Titles – cause those are all sitting at BIS for the Vatican – all of those land titles were actually cancelled all across the globe. So right now the banks have no standing legal or lawful. Everything is held with Earth as its superior custodian Because it’s as source, God, Allah or Yahweh, what ever you want to call it has put it. So right now there is only three custodians and that is how the land titles are actually going to be changed. Instead of ownership it is actually going to be a co-custodian type of situation where if I want to go buy a piece of land I’m not purchasing ownership of the land I’m putting down earnest money, a bond, that I’m going to take care of that piece of land in harmony with Earth and how it grows itself naturally. So there is a big shift in perception. So people will still be able to have their experiences on their properties and be responsible for the properties But as the same time it is not going to be in a slavery type of system which the powers that were had created.”
Heather (40:21) “I would also like to disclose the person that helped me understand what all that was, was actually a trustee with the Rothschild’s family holdings.”
Not Heather, but another promoter (44:45) “Everyone is assigned equal value under the concept of the CVAC, so there is no rich or poor there are just equitable humans.”
“There’s gotta be a value for value exchange.”
Heather (46:34) ” . . . to have that opportunity for all of the opportunities all the data to be put on one table and let people chose as they want to BE.
You get out of the system what you put into it. If you’re not putting any value into the system than you have no right to take any value from the system.”

******************
The single most important fact that Heather revealed was the participation of an individual representing a certain family’s trust. Heather admitted that the Rothschild’s helped her set this up. Let me repeat, HEATHER ADMITS THE ROTHSCHILDS HELPED HER SET UP THIS TRUST!
She also admitted she negotiated with banksters. Heather blames all of the problems on planet Earth on the corporate “system”, not on Rothschild’s satanic criminal central banking cartel that has grown out of usery and their ability to create money out of nothing.
Here is a 3 minute explanation of central banking.
It is critical for everyone to understand how private central banking works and how it destroys both populations and governments.  To quote Thomas Jefferson: “If the American people ever allow private banks to control the issue of their currency, first by inflation, then by deflation, the banks and corporations that will grow up around them will deprive the people of all property until their children wake up homeless on the continent their Fathers conquered…I believe that banking institutions are more dangerous to our liberties than standing armies… The issuing power should be taken from the banks and restored to the people, to whom it properly belongs.”
Now, for anyone who is still naive about the “House of Rothschild”, please review the research of Andrew Hitchcock.
This ‘dynasty’ is the wealthiest family on the planet. They have multiple estates and have been manipulating the entire planet via their control of currency and credit. They are members of a kabbalistic Sabbatean Jewish cult that has been destroying legitimate governments for centuries. Some refer to them as TheMoneyMasters, but The Money Monsters is far more appropriate. They have instigated many wars to advance their personal agenda to own/control the entire planet. To help set up an Earth Trust – that they could manipulate/control – would be their dream come true. Let’s face it, a trust that would remove their own personal holdings to be shared with mankind is something they would NEVER support. In fact they would likely kill lots of folks (including the OPPT Trustees) to prevent that from happening.
Of note, during this discussion not one word was said about the restoration of ‘de jure’ – aka representative – government that could provide the people with honest currency. In fact, the promoters of this trust seem to believe that the UCC runs the ‘planet’ and that we must do away with all governments because they are merely corporations. As most of us are aware, this is very much the goal of the OWG banking cartel and it represents really twisted thinking. The UCC runs ‘commerce’ . . . not the planet. The forces and ‘laws’ that are necessary to support life on planet Earth have nothing to do with commerce. Governments need to be restructured, not destroyed. There is a model for such a structure: The Law of Nations or the Principles of Natural Law
Heather described voluntary and involuntary slavery. She stated that there are many people who would volunteer to be slaves. She has no problem with this, if the terms and condition are transparent and the individual agrees to them. Those who serve in the military have voluntarily agreed to terms of slavery. But they are not told when they enlist that they might be ordered to commit atrocities. If all terms and conditions of slavery were to be fully disclosed (which they rarely are) it is unlikely anyone would agree to become someone’s slave. Of course if the choice is to agree to slavery or starve . . . ?? Slavery removes free will and is a most unnatural state of being. Slavery should never be permitted under any terms.
The importance of “BEing and DOing” is repeated almost hypnotically over and over by Heather; few really know what Heather means by these esoteric terms.
Toward the end of the roundtable discussion, Max Igan stated that the OPPT effort ‘feels’ right to him. While I have much respect for Max Igan, this is Ed Bernay’s dream come true. This is why “New Agers” are so very easy to manipulate. Just tell them what you know will make them ‘feel good’. Why not, it has been working to manipulate the population for centuries.

******************
Before the OPPT effort gains any more steam, it might be helpful to know more about the specifics of the one world government crowd’s ‘end game’. John Christian, an ‘insider’ who opposed this diabolical plan, described it – to include a list of the groups involved – brilliantly in 2006. John reveals the origins and intent of “Sustainable Development aka Agenda 21″. By the way, the Agenda 21 name has been changed to Future Earth. Here are some excerpts from his white paper, The City World Conquest:

“We are at present working discreetly, but with all our might, to wrest this mysterious force called sovereignty out of the clutches of the local national states of the world. And all the time we are denying with our lips what we are doing with our hands.”
- Arnold Toynbee, Fabian Society – City Of London
Part V

Under this system, farmers and property owner’s rights would be effectively extinguished and overridden by strict Environmental and Sustainable Development resource consents and laws.
Part VI

The World Conservation Bank is destined to become the final World Bank and the “de-coupling mechanism” for City of London parent banks [not the BIS] to take over the assets of every country of the world.
Equity in this group, SIRIS, coincidentally, is held by IOOF Funds Management and broking house JBWere that provide research for N.M. Rothschild & Sons’ Ethical Share Trust [advisors to the OPPT] based in London.
Part VII

The World Bank already has a huge statistical database on countries and individuals what they produce and what resources they consume, water, energy, food, raw materials, heat, waste, health, social services etc. If the net figure is a plus, they are considered to be good productive world citizens. If it is a negative, they are in line for liquidation.
Doesn’t that sound like a good description of what Heather referred to as “value for value”? Is this not a purely commercial way to evaluate people?
The following link is to a 52-minute audio with Adnan Sakli – voicing concerns for the integrity of the funding aspects behind most all freedom movements.
This is a response to ongoing releases from OPPT as well as other organizations.
Interview with Adnan Sakli
Mr Sakli has come to the same conclusion as I and many others have. The people involved with the OPPT have been manipulated (or bribed??) by the very wealthy crooks and criminals that set up the “system” in the first place and that represent the OWG agenda.
Message from Mr. Sakli:

BBC Documentary | The Money Trap | How Banks Control the World Through Debt – about 40 minutes
http://www.youtube.com/watch?v=_5jzkuOimNM
ADNAN: This is what they want to continue and these are the structured plans as laid by the Harvard club members and the Yale club members in the USA and UK as well as elsewhere.
This is the same people that are behind the OPPT to entrap people with a new form of Trust and debt. The highway for this is the Global open market commission as the functional body that actuates these things.
(Source: http://www.rumormillnews.com/cgi-bin/forum.cgi?read=270049)
http://anticorruptionsociety.com/oppt-one-peoples-public-trust/