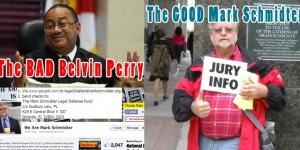 The King had his subject caged after that subject informed a second subject that it was just to ignore edicts that didn’t sit well with them.
That is essentially what’s going on with Mark Schmidter – although Schmidter is rightly refusing to be a subject to his majesty, Perry Blevins.


Mark Schmidter, a roofing contractor in the Orlando, Florida area is now sitting in a cage because he sought to inform jurors of their rights.

In late 2011 CopBlock.org reposted a write-up by William Toler of IndieRegister.com that noted:

A Florida man will be spending some time in jail for activity that is usually allowed outside a courthouse. Mark Schmidter passes out jury nullification brochures. Schmidter was found guilty of “indirect criminal contempt” Tuesday for passing out pamphlets in Orlando during the Casey Anthony trial . . . The pamphlets he was handing out described jury nullification, the power of a jury to return “a verdict of ‘Not Guilty’ despite its belief that the defendant is guilty of the violation charged.”

The most recent confinement occurred per an arbitrary rule a man wrote, judged, denied jury for, and sentenced under. The Judge, Belvin Perry (yes, the Casey Anthony case judge), acted as legislature, judge, jury and executioner. By definition, he is acting as a tyrant.
Who is the real criminal? 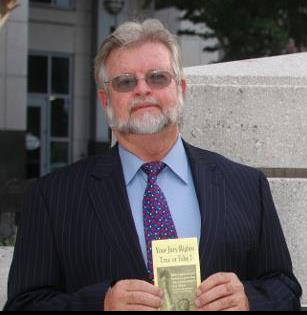 Mr. Schmidter is a purely peaceful activist who believes in the historically well established rights of juries to judge the law as well as the facts and also that if there is no victim, there is no crime and jurors may agree in either respect and hang a jury. Hung jury cases may be retried but one juror can “inconvenience” the process and/or of course convince their fellow jurors to all agree and acquit. Jury nullification is a well-established historically accurate and legal practice. Judge Perry even agreed when discussing the idea with Mark’s friend and ally, Mr. Julian Heicklen.
Please support Mark and his tremendous personal sacrifice via the #MarkSchmiderCampaign effort. We will write letters to the State Judicial Review, all media we can think of, and not let this story die. If a 64 y/o Vietnam veteran can be thrown in jail for passing out leaflets with an opinion that is different than the status quo, then, We are All Mark Schmidter.

I know we’ve posted about Schmidter’s situation over at Facebook.com/CopBlock but I was surprised today when I did a search of the site, to not see a recent update about his situation. That was the motivation for this post – to hopefully help to put his situation on the radar of more people.
It’s absolutely ridiculous that anyone familiar with this situation can claim that “justice was served.” 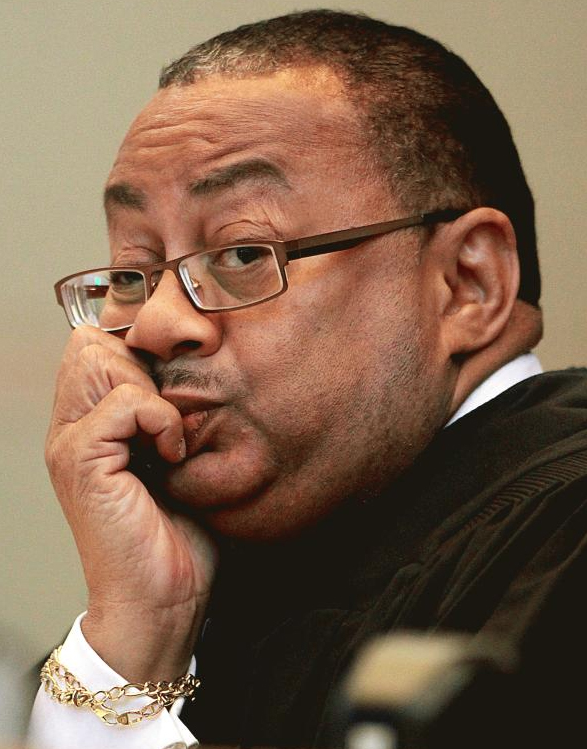 “I apologize to the court. In my brain, I was just fighting for my country.” – Schmidter’s statement in legal land just before Perry ordered him caged.

Pete Eyre self-describes as a voluntaryist and hails from the Midwest. He went to undergrad and grad school for law enforcement, ultimately concluding that he could have a bigger impact through other avenues. In addition to being active with Cop Block, he's interned at the Cato Institute, been a Koch Fellow placed at the Drug Policy Alliance, Directer of Campus Outreach at the Institute for Humane Studies, Crasher-in-Chief at Bureaucrash, a contractor for the Future of Freedom Foundation and co-founder of the Motorhome Diaries and Liberty On Tour.
http://www.copblock.org/29616/markschmidter/
ETHICAL DONATORS AND COMMUNITY MEMBERS REQUIRED, TO FILL THIS SPACE WITH YOUR POLITICAL SLOGANS, ADVERTISING OFFERS, WEBSITE DETAILS, CHARITY REQUESTS, LECTURE OPPORTUNITIES, EDUCATIONAL WORKSHOPS, SPIRITUAL AND/OR HEALTH ENLIGHTENMENT COURSES. AS AN IMPORTANT MEMBER OF THE GLOBAL INDEPENDENT MEDIA COMMUNITY, MIKIVERSE POLITICS HONOURABLY REQUESTS YOUR HELP TO KEEP YOUR NEWS, DIVERSE,AND FREE OF CORPORATE, GOVERNMENT SPIN AND CONTROL. FOR MORE INFO ON HOW YOU MAY ASSIST, PLEASE CONTACT:themikiverse@gmail.com
Posted by Tetractys Merkaba at 5:38 PM