UN-SWISSINDO - OPPT AS I UNDERSTAND IT 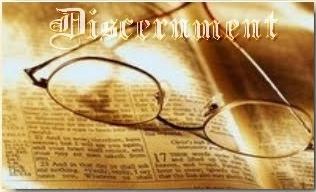 UN-SWISSINDO-OPPT As I Understand It
April 16th, 2013
(Important Update: These documents were originally drafted in Indonesian and later translated into English by THEIR translation team. Therefore, much can be lost or confused in the translation. We admit much of it is not easy to understand).
Ask and ye shall receive!
This will officially be the first time anyone from the I U/V Exchange (formerly OPPT) Ground Crew has published any of the SWISSINDO information. Let me preface what I have to share today with a Skype chat I just sent to Heather a few minutes ago.
9‎:‎25‎ ‎AM
Got a quick minute?
‎
9‎:‎26‎ ‎AM

My thought is to publish solely for the purpose of allowing people the opportunity to put to use their inner compass of resonance. Will NOT be saying we have agreed to any deal or anything like that...
After last night's show everyone knows where we stand on this new development. Transparency is my only objective.
So, in honor of this position and post, based on nothing other than total transparency, I will share the most recent communications and documentation received from our contacts at SWISSINDO. However, before I do so, I need to make a few things perfectly clear, considering this information will be scrutinized and dissected by a great many people just itching to make all kinds of assumptions.
1. As stated above, We have not signed any agreement or agreed to any terms whatsoever
2. We have not yet met face-to-face with anyone from SWISSINDO, as of this post
3. We are still in the process of conducting an extreme level of due diligence. No documents have been finalized, so there is still work to be done before this is conclusive.
4. There is much mention of dollar figures in these documents. This is NOT, nor will ever be about the money OR the gold. This IS about an energetic exchange. The implications of what this could all mean (at least on my end) have yet to be determined. So, I would rather not speculate.
5. In a few places there is mention to the "New World Order" and "Committee of 300." What they are referring to is the shutting down of these systems and groups.
6. This whole process up to this point has been a journey of exploration. Any assumptions as to speculation of an agenda are merely that, assumptions. The best case scenario I will leave to your imagination. The worst case scenario, we walk away hands clean.
7. Most important point: ALL IS IN PERFECT ORDER EITHER WAY!
It is important to note here that we hold the representatives from SWISSINDO and the Javanese culture in the absolute highest regard. They have shown nothing other than a great deal of kindness, compassion and the purest of intent. We honor their legacy and history of their ancestors, whose courage and determination made this great and worthy work possible. I am humbled by the opportunity to have had a chance to be part of a very pleasant and quite exciting exchange.
What attracted me originally to this story was how, after months of rigorous study and due diligence on their end, they have given complete confidence and total credibility tot the UCC filings and all accompanying work the OPPT have put forth. You will see by the documents shared today that our mission appears to be one and the same; to free Humanity from tyranny and return ALL the people back to Eternal Essence.
In order to fully understand and comprehend what has been unfolding, I'm going to include some back story, which can be found in these first few sets of documents.
NOTE: It will take some time to go through all of this. Most of it can be skimmed through rather quickly. Some of this information has already been released on Facebook through the SWISSINDO side, so may be redundant. The most recent updates are the files at the end of this post.
Paula's email at the very end of this first document is very important. With great transparency, it shows the very nature of our true intentions.


Swissindo April 9, 2013 Original Message No. 2
This next document is the first one I received, coupled with the email exchange above. I am listed here as Media Contact for OPPT, which is how I got involved and the reason behind my publishing of this information today.

Swissindo Federal Global_ Human Obligation Project 10 April 2013
This next document was a collaboration between SWISSINDO & OPPT to effectively communicate our common ground.

SWISSINDO - OPPT
These next three documents represent what we've received today. The UN order, bearing with it some of  the greatest implications.