This will be of interest to those of you that are researching the whole 'Queen Of Australia' pathway. One thing to remember is that if you claiming to live under "English Common Law", as many Australian Constitutionalists do, then you are liable to all the actions within that jurisdiction.

That means actions of the English Parliament.

Because in English Common Law, the Parliament is the Sovereign, NOT, the reigning Monarch. Has been since they since they beheaded Charles I in 1649 and they started experimenting with models of control starting with Oliver Cromwell and Republicanism, going back to the old "blue blood" lines with Charles & James II, then finally, by offering William & Mary Of Orange what looks to be an employment contract (Bill Of Rights) to be King of England in 1689 and cementing their power through the Act of Settlement 1701 through Queen Anne.

This is relevant because the Sovereign can do as s/he pleases.

This is the first step Parliamentary control of the Monarch in other jurisdictions after the grant of freedom to the Irish in 1922, and the Imperial Conference in 1926, whereby the English & Commonwealth/Dominion governments decided that the description of George V was no longer accurate and needed to be changed.

The result is this Act. 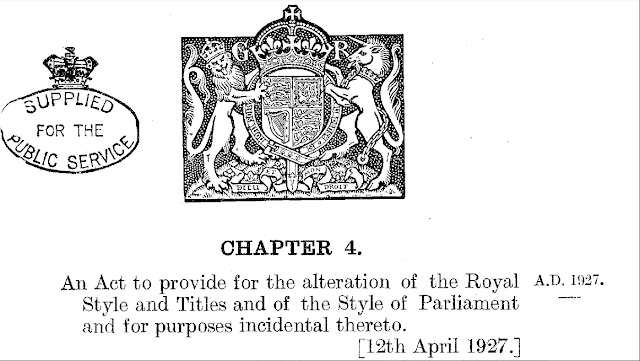 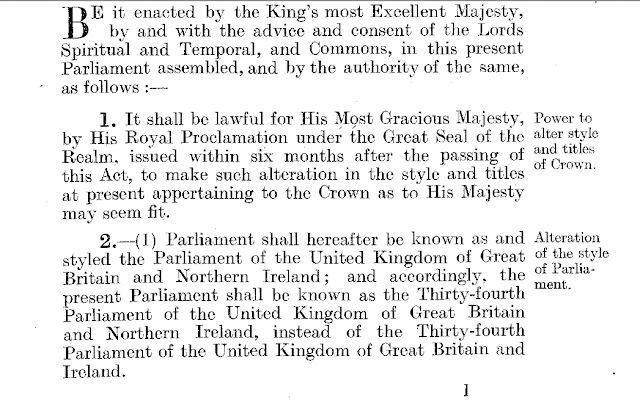 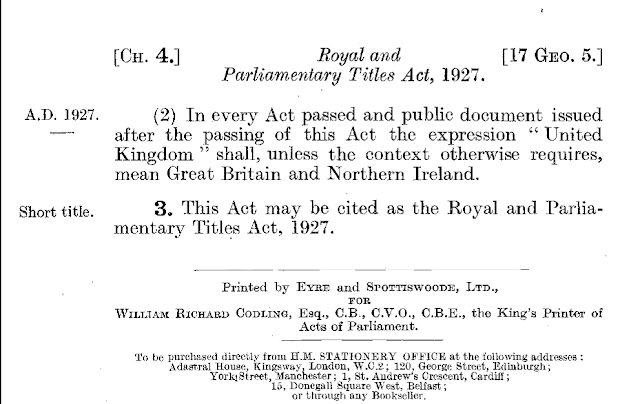 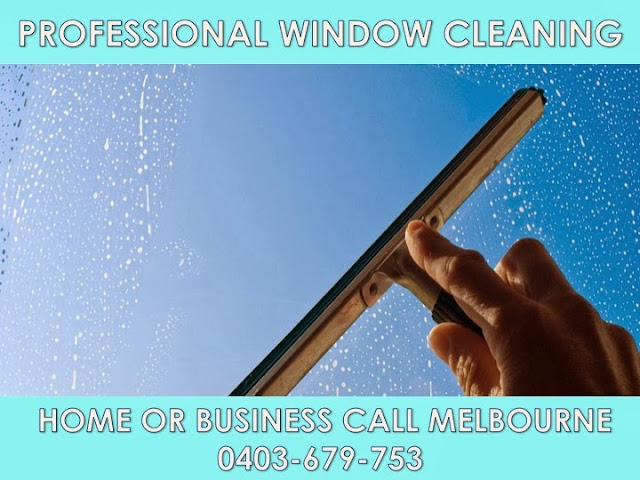 Posted by Tetractys Merkaba at 10:15 PM